We are delighted to have thousands of primary schools across the country signed up to our Primary Futures progamme, getting volunteers from the world of work to visit them and help their children link their learning to their futures. Leading the way in illustrating how Primary Futures and its database of over 38,000 volunteers is being used by schools is Beckfoot Heaton Primary School in Bradford.

We want all children who learn at Beckfoot Heaton to have a great life; that is why we help children know that if they are great learners, and great people then they have the best chance of a great life.  Our first aspirations week was a wonderful way of helping children imagine what that great life could be…

The week got off to a flying start on Friday 13th October when, to launch “Inspiring Bradford”, we welcomed 70 guests to excite year 5 and 6 about different occupations and their futures. A wide spectrum of jobs was introduced, ranging from an apprentice joiner to Carolyn Fairbairn, Director General of the Confederation of British Industry (CBI).  The “Primary Futures What’s my line?” game show, ably hosted by 2 nervous but charismatic children, helped to build the excitement as the audience guessed the occupations of 6 willing volunteers by asking them probing questions.  Small group sessions followed which gave each child the chance to find out more about different occupations – some familiar to them, some that they have never even heard of.  Supported by Education and Employers Charity who run “Primary Futures” and Bradford Pathways, the morning was a resounding success.  The volunteers, who were so passionate about their jobs and about how they came to it, helped 180 children to see how getting the most out of their education can lead to a job that they love – even if they had either never known about the job OR thought that it was possible for them. 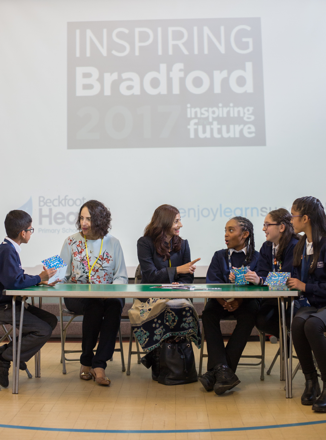 We felt privileged to hear from Wasim Mir, the UN Deputy Ambassador for Brazil during assembly on Monday.  Growing up in Heaton, children were amazed to watch a video that Mr Mir had made for our children – telling them all about the United Nations from outside its headquarters in New York.  Mr Mir then inspired Year 6 through Skype as he chatted for over half an hour about his work and the importance of making a difference in the world.  Children heard how his love of travel and meeting people set him on this path in life and how his job now combines the best of the things he loves – particularly helping to make the world a better place.

12 year 6 children are going to make our school an even better place as on Monday they trained to become peer mentors – excellent role models who are determined to help younger children know that they can have a great life, and overcome any challenges they face.  Mr Kumar and Mrs Bolton were impressed with the group’s maturity and know that they are going to contribute greatly to our school’s community. 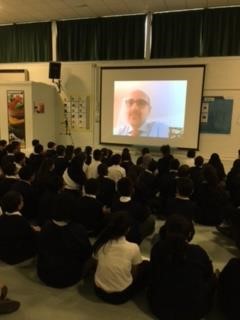 This theme continued on Tuesday when Year 1, 2 and 3 children met Waffle, Steve Cunningham’s guide dog.  As well as loving meeting Waffle, the children couldn’t believe that a blind man could fly a plane across Britain!  That certainly inspired them… Steve’s visit to Willow class made a huge impact with the sudden realisation for some of the children that there are people overcoming challenges even greater than theirs.  You could see one girl’s thought process as Steve told the group that when he became blind, people tried to tell him that he had limited job roles to aspire to but of course he wouldn’t accept it.  Her genuine excitement shone through as she announced that she now knew that she was going to own her own business and no one would stop her.  Brilliant! 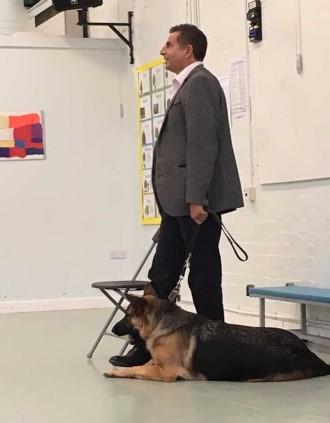 Whatever Next… Nursery children are next to soar sky high after thinking really carefully about teddy’s journey to the moon while acting out Jill Murphy’s famous story.  What exciting journey’s will their lives take them on?  Reception children already have some ideas.  They used their Superheroes theme to recognise their own special powers and think about how they would like to use these when they are older.  Teachers, nurses, paramedics, police officers and doctors – Bradford will be in safe hands. 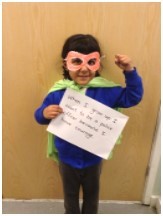 A visit to Beckfoot Upper Heaton was Tuesday’s treat for Year 6 as they worked alongside Year 7 students to create poems interweaving aspiration and cohesion with Imran Hafeez.

Here’s a taster of the poem on our website–

Anything is possible when you try hard

Even when tough, words bring peace

Children in years 4 and 5 want to be Jack Brookes after meeting the VR guru at the amazing workshops by Professor Mon Williams and his team of engineering scientists from Leeds University.

Learning how virtual reality can help the medical world as well as thinking about the many skills that could be used in a job connected with virtual reality was certainly out of this world for our budding scientists.  Meeting the male and female scientists also challenged lots of assumptions that science is a man’s world 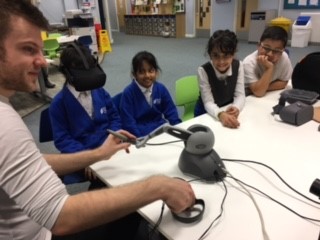 Our final visitor of the week was Conor Ibrahiem, an actor, screenwriter and now award winning filmmaker.  Year 3 were given VIP treatment as they watched the world premiere of Conor’s new film which is produced as a comic (illustrated by Jason Bunagiar) “ABX The Abrahamix”.  Abrahamic superheroes – Christian, Muslim and Jewish, collectively fight against injustice.  Conor’s session reinforced our core values of community and integrity as well as exciting children about creative work opportunities. 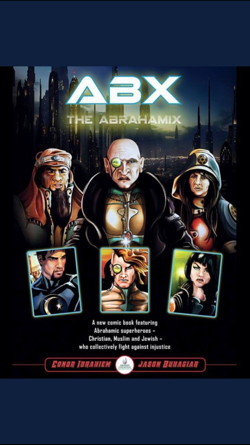 Wow – what a week! Many many thanks to every single guest and to all members of staff who helped to make our first aspiration week one that will never be forgotten. 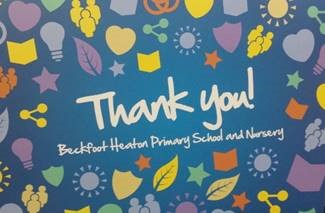 The sooner that children realise that there is a world of opportunity for them, the more realistic their chance of a  great life.