The National Health Service turned 70 on 5 July 2018. We saw this as the perfect opportunity to celebrate the achievements of one of the nation’s most loved institutions, to recognise and thank the extraordinary NHS staff and to inspire the future NHS workforce. Which is why on Tuesday 17 July we ran the first of our “Inspiring the Future of the NHS” events at the East Manchester Academy, Manchester being the city of the first ever NHS hospital.

The event was an opportunity to inspire 80 year 10 students, and introduce them to the range of careers available in the NHS. They were joined by 26 volunteers from an array of NHS professions. During a careers speed networking activity, they got the chance to speak with NHS employees in both clinical and non-clinical roles. A Gastroenterologist, HR Business Partner, Clinical academic Lecturer in Paediatric Nephrology and Clinical Coder were among the amazing volunteers that the young people of East Manchester Academy had the chance to quiz about their careers. 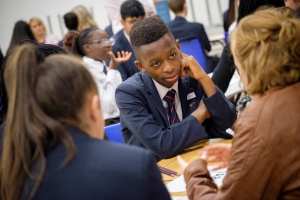 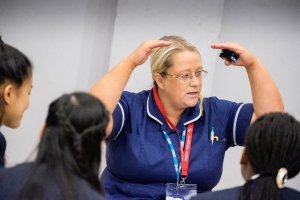 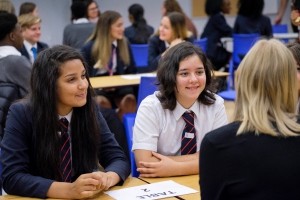 Volunteers took to Twitter to express their delight of attending the event, and the fantastic young people they got to meet. Among the tweets was ‘Great morning at Inspiring the Future event NHS70. Met the fantastic young people at East Manchester Academy’. Another volunteer tweeted ‘Great morning at Inspiring the Future Career Speed Networking at East Manchester Academy talking to students about my role in the NHS and how I get here’.

Cathy O’Donnell, Careers Advisor at East Manchester Academy, commented on the morning saying that “the event was fantastic and our staff in school were so impressed! Thank you for getting so many fantastic volunteers!” 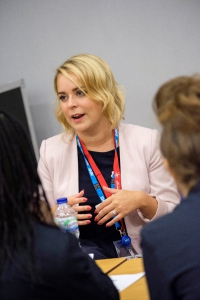 All the photos from the event can be viewed here.

As part of the NHS 70th birthday celebrations, we’ve teamed up with NHS England, NHS Improvement and Health Education England to get more NHS staff into schools on a regular basis talking about the breadth of interesting roles available.

The volunteers who joined us at the event were the NHS Ambassadors who have signed up as part of this campaign, and we would like to extend a huge thank you to them for coming along and inspiring the young people of Manchester. If you work in the NHS and would like to inspire the next generation of NHS workers in your local area, you can sign up here. Don’t forget to encourage all your friends in the NHS to sign up too.